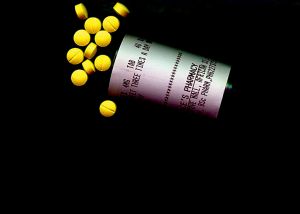 I recently had the pleasure (and challenge) of representing a particular client that was charged with DWI 3rd or more in Fannin County. The case was unique because the client consented to a blood draw, and in client’s blood was half the legal limit of alcohol (.04), a narcotic analgesic (painkiller) and a central nervous system depressant (muscle relaxer). The State’s theory was “synergistic effect of the drugs,” i.e. that the combination of the drugs caused intoxication. The police officer testified to arresting client for failure to complete the field sobriety test to officer’s satisfaction, plus admission of alcohol and painkillers. However, the officer could not recognize the field sobriety manual for lack of being provided one at training. Also, the officer was also not trained on drug recognition, an additional training course for DWI detection due to drugs or a combination of drugs and alcohol.

Additionally, the lab tech who drew the blood admitted that a nurse could have been called pretty easily to test client’s vital signs and to test for intoxication by drugs plus alcohol. The chemist who tested the blood testified and admitted to the hour-long average time to peak ratio, i.e. that it takes about an hour from the last drink to reach your highest concentration. Another chemist testified to “potential side effects” of the narcotic analgesic and nervous system depressants, but admitted on cross that someone that had taken these types as long as client would have a pretty high tolerance level. Another chemist proved up the actual narcotic analgesic tablets found on client.

A pharmacist was called who also testified to the “potential” side effects of these drugs, but admitted that after a few years the narcotic analgesic in question could actually cause euphoric-like energy, and admitted to tolerance issues as well. All admitted that the levels in client’s blood were therapudic. Most admitted to the overt signs of intoxication by the drugs in question that we may have seen through a drug recognition exam (or simple medical exam), had client actually been tested (or his vital signs taken) at the hospital where the blood was drawn.

Our medical doctor expert, Board Certified in Toxicology and Emergency Medicine, was the sole witness for defense, and testified that she reviewed the video and saw no overt signs of intoxication by these drugs or a combination on the video, outside other than the one-leg stand test, but other factors could have caused that. She testified that she tested client on the date of testimony (she gave an interesting set of balance tests and nystagmus test), and client’s gait was similar to that on the video. She was a good witness and testified that the amount of alcohol and drugs in client’s system, taking in client’s history regarding medication, should not have made him intoxicated.

The jury took their time deliberating the case and reviewing the evidence presented, and it was very obvious that they were attentive to the evidence in the case and worked hard to reach the right result. The video was favorable to the client, in my opinion, because he simply was not intoxicated. However, it is an extra hard job as a juror in a DWI third or more case because it is one of the few cases that the jury gets to hear about TWO previous convictions for the same conduct charged.

If you or a loved one is facing harsh criminal law treatment, please call me at 903-744-4252 for a free consultation.