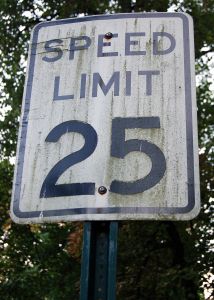 Even if you don’t drive for a living, I thought I would pass along some rights you should be aware of when you fight back. But you must know that other ways of keeping a traffic ticket off your record might not be available if you go to a judge or jury trial. “Deferred disposition” and “deferred adjudication” are typically only available on a plea of guilty or no contest before a judge. Additionally, you should always specifically request deferred disposition if you want it.

That said, Texans have unique rights when it comes to traffic tickets. Get a ticket in Calera, Oklahoma, and you don’t have the same rights. In Texas, traffic tickets are considered class C criminal offenses offenses. This triggers the fundamental rights found in Article 1, Section 10 of the Texas Constitution:

First, because a traffic ticket and other class C prosecutions (public intoxication, possession of paraphernalia, assault by contact, etc.) are criminal, you have the right to a jury trial in Texas. This means a jury of six people can be empaneled to decide your guilt or innocence after hearing the evidence. You can choose to testify at your own trial and tell your side of the story. You have the right to subpoena witnesses whom you believe will testify favorably, which means you can force them to show up to testify. Additionally, the jury can decide the amount of punishment, which ranges up to a $500 fine.

Because it is a criminal trial, the ticketing officer or complaining witness must testify in person so you can be confronted by the witnesses against you. If the essential witness doesn’t show up, your ticket should be dismissed (however a continuance can be granted in certain circumstances). This is the way big-city traffic tickets are usually beaten, most often dismissed at a judicial hearing when the officer fails to appear. However, in smaller communities the officers are much more likely to show up to prosecute.