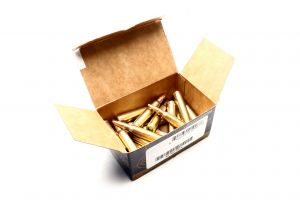 Each biker shooting at other bikers without justification could be arrested for murder or capital murder. It is capital murder in the state of Texas to unlawfully kill two people in the same criminal episode. However, none of these shooters appear to have been identified in the media. It has also been reported that the police were shooting at people they believed to be wrongfully shooting others, further complicating the scenario. Police and citizens have the right to use deadly force to defend third persons where reasonable, just like any biker present who is in reasonable fear for his life has the right to use deadly force against another to defend himself.

Additionally, following the gunfire, the police would have the right to do a protective sweep of the area. A “protective sweep” is a “quick and limited search of the premises” “conducted to protect the safety of police officers or others.” Protective sweeps are generally conducted incident to an arrest, but the absence of an arrest does not preclude a protective sweep, even in a defendant’s home. For the sweep to be valid, the police must not enter a premises illegally, and their presence must be for valid law enforcement purposes. A legitimate protective sweep must be supported “‘by a reasonable, articulable suspicion … that the area to be swept harbors an individual posing a danger to those on the scene,” and may be no more than a “cursory inspection of those spaces where a person may be found.” A police officer may sweep a premises only if he possesses an objectively reasonable belief, based on specific and articulable facts, that a person in that area poses a danger to that police officer or to other people in the area. Finally, the sweep must “last[ ] no longer than is reasonably necessary to dispel the reasonable suspicion of danger.”