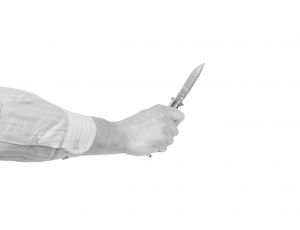 One of the most prosecuted and least appreciated criminal statutes is aggravated assault with a deadly weapon. Criminal trial lawyers are separated from other lawyers by their ability to win aggravated cases at jury trial. We go into the case knowing our client is likely to do time if the jury believes they committed the offense, particularly if the client has any criminal history. When people think of aggravated assault, or when I do, I think of someone shooting another person in the leg or beating them with a baseball bat, or maybe pointing a gun at someone and threatening their life (without justification, of course.) Aggravated assault normally carries two to twenty years in the penitentiary, the first two of which and, if a four or more year sentence, half of which must be served day for day before parole eligibility, so it is important to know how easily it can be alleged.

I recently won a jury trial where my client was accused of aggravated assault against a police officer. He was accused of intentionally, knowingly or recklessly driving his car at the officer and hitting the officer’s hand with his side view mirror, causing the officer “pain.” My first ever felony jury trial victory was an aggravated assault with a deadly weapon charge in which a vehicle was alleged to be the deadly weapon. In that case, he allegedly “exhibited” it while intentionally or knowingly threatening his ex-girlfriend by running her off the road. Both were thin cases on their face with no serious injury, but a reading of the law reveals that indicting a person for aggravated assault just requires an assault allegation and a theoretical deadly weapon.