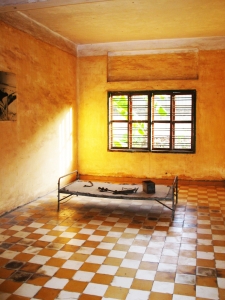 Often I get asked how I can defend people accused of heinous crimes, or even small crimes. How can you defend criminals? How can you defend the guilty (as if everyone trapped in our justice system is guilty)? Normally this question comes from somebody looking down their nose and implying that it is morally questionable or ethically borderline to defend honest citizens accused of crime, whether they did it or not.

I do what I do not only because I love it, but because I am needed badly. Criminal defense lawyers and honest jurors and judges are the main obsticles to politically motivated laws and pressures to put you in jail if doing so is beneficial to those wearing the badge or controlling the government (or to run up a $10,000 bill against you for allegedly driving “intoxicated”). Court systems in America designed to “do justice” can easily evolve (or de-volve) into systems to protect those in power and maintain the status quo. There are plenty of ethical prosecutors and police officers out there, and this article isn’t a stab at them, but the political and professional system in which they must serve brings tremendous pressures on them to arrest and convict you.
If you think our criminal justice system as a whole is about “presumption of innocence” and “burden of proof,” you are sadly mistaken. Every week innocent individuals are herded like cattle into our courtrooms across our land like cattle and pressured into pleading guilty (often without a lawyer) to crimes they have no business pleading guilty to. Every week or month it seems that someone is freed from prison on DNA evidence proving their innocence of the crimes they were convicted of or to which they pled guilty.

People are wrongly convicted of crimes for many reasons. Sometimes the jury doesn’t do its job and require evidentiary proof beyond a reasonable doubt. Sometimes the lawyer doesn’t do his job defending the citizen accused. Many people plead guilty to crimes they did not commit to avoid being tried and possibly convicted of a bigger crime they did not commit, or facing a harsher though unjust punishment than what they receive in a plea bargain. People are often given the wrong advice by their lawyer or are just too scared or too poor to fight back. Some states don’t even allow jury trials for many harsh or embarrasing misdemeanor charges, and no state is required to have a grand jury indictment, even on felony accusations, according to our Supreme Court (thankfully we do under the Texas Constitution).