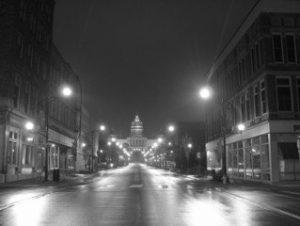 But, a defendant like Dr. Kavanaugh might offer evidence of good character in general as a defense, which can be a defense in itself.   United States Court of Appeals for the Fifth Circuit Pattern Jury Charge 1.09 explains that

Where a defendant has off evidence of good general reputation for [opinion testimony concerning]: truth and veracity, honesty and integrity, or character as a law-abiding citizen, you should consider such evidence along with all the other evidence in the case.

Evidence of a defendant’s character, inconsistent with those traits of character ordinarily involved in the commission of the crime charged, may give rise to a reasonable doubt, since you may think it improbable that a person of good character with respect to those traits would commit such a crime.

The danger with offering character evidence such as this, is that it opens the door to any crime or bad act that the Court finds inconsistent with the character evidence.   A defendant with a criminal history opens the doors to his arrest record and convictions that are beyond the admissible time period, but it appears Kavanaugh has none of these.   But, the Court could very well widen the amount of inappropriate behavior towards females, evidence of intoxication history, and evidence of violence from Kavanaugh’s past.

Thus, the likely avenue of attack would be to show the lack of credibility on the part of the accuser.   The Government would have the burden to prove her allegation beyond a reasonable doubt.  Character evidence can be very useful in these cases, especially due to the he said/she said nature, but it could potentially backfire as well.