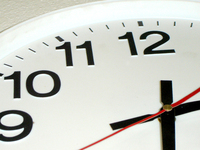 Irving Police based their investigation on investigation of possession of an explosive weapon or hoax bomb. When it was ruled out that the item was not an explosive weapon, possession of which would be a third degree felony, the fall back statute became possession of a hoax bomb. Texas Penal Code 46.01 defines a hoax bomb: “(13)’Hoax bomb’ means a device that: (A) reasonably appears to be an explosive or incendiary device; or (B) by its design causes alarm or reaction of any type by an official of a public safety agency or a volunteer agency organized to deal with emergencies.” Thus, anything that “reasonably appears” like an “explosive or incendiary device” warrants closer review. That’s common sense in a way, but isn’t that a broad definition. There are many things that could be considered “explosive” or “incendiary” which are not illegal. Wouldn’t a cigarette lighter meet this definition? While that might be a violation of school rules to possess, it is certainly not criminal. Why didn’t they just say “reasonably appears to be an explosive weapon”?
Additional review of the statutes give us little further guidance.

Under Penal Code section 46.08 “[a] person commits an offense if the person knowingly manufactures, sells, purchases, transports, or possesses a hoax bomb with intent to use the hoax bomb to: (1) make another believe that the hoax bomb is an explosive or incendiary device; or (2) cause alarm or reaction of any type by an official of a public safety agency or volunteer agency organized to deal with emergencies.” Such an offense is a class A misdemeanor. Okay, so we really haven’t pinpointed what a hoax bomb is, but if we use something that maybe is a hoax bomb to make someone else believe it is a hoax bomb or cause emergency services to react, we have committed a misdemeanor.