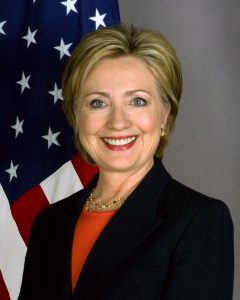 As the information in the public goes, Hillary Clinton maintained her State Department emails and conducted State Department business on a private, nonsecure server.  She then wiped (or had her people wipe) at least part of the server, including many emails, before handing them over for investigation.   Many people want her prosecuted for mishandling classified information, but from the facts as provided by the media (reliable or not) there are several federal statutes that could be involved, including other felonies.   This article does not express judgment on Ms. Clinton’s guilt, but attempts to correct or expand on previous articles and information disseminated in the media.

Many people have been prosecuted for similar acts which Hillary Clinton might have committed.   We all know about Iraq War Hero General David Petraeus being prosecuted for allowing his mistress access to classified information.  But, less famous people have been recently prosecuted for similar conduct. Bryan Nishimura of the Naval Reserve was placed on two years of probation for downloading classified material to a personal electronic device, without any intent to distribute it.  Chief Petty Officer Lyle White pled to a 60-day sentence for downloading classified material to a nonsecure device.  The Blaze has a good article at  http://www.theblaze.com/stories/2015/08/14/if-hillary-clinton-mishandled-classified-information-heres-what-it-could-mean/.