While this type of conduct is not necessarily the Lindbergh baby kidnapping or the OJ Simpson murders, people have had their careers ruined and regularly faced at least misdemeanor prosecution for these types of violations.   The Hillary Clinton email articles which I have read have focused on two federal statutes regarding mishandling of classified information.   There are two statutes that are normally in play regarding the actual classified information, and which are most commonly used in similar national security breach/leak prosecutions. 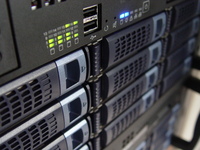 18 USC section 798 states:  “(a) Whoever knowingly and willfully communicates, furnishes, transmits, or otherwise makes available to an unauthorized person, or publishes, or uses in any manner prejudicial to the safety or interest of the United States or for the benefit of any foreign government to the detriment of the United States any classified information—  (1) concerning the nature, preparation, or use of any code, cipher, or cryptographic system of the United States or any foreign government; or (2) concerning the design, construction, use, maintenance, or repair of any device, apparatus, or appliance used or prepared or planned for use by the United States or any foreign government for cryptographic or communication intelligence purposes; or (3)  concerning the communication intelligence activities of the United States or any foreign government; or (4) obtained by the processes of communication intelligence from the communications of any foreign government, knowing the same to have been obtained by such processes—  Shall be fined under this title or imprisoned not more than ten years, or both.”  Here, the unsecured server made classified information available to anyone with access to the server and also hackers.  The details have not been brought forward on how many people had such access, but it is common sense that at least the host of the server had unauthorized access.   The details of the emails are also sketchy (and will not be detailed due to national security), but it is likely that the emails contained at least the type of information found in (3) and (4) of the statute.   However, the statute not only requires this crime to be committed “knowingly,” but also “willfully,” which requires that a person know they are violating the law and intend to violate the law in doing the conduct.  It is targeted for intentional espionage cases.