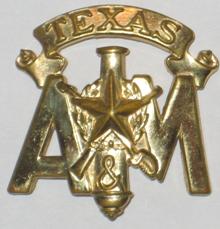 Mr. Prosecutor keeps looking through the rule, knowing something in there should save Mr. Manziel from getting a separate trial. “Here it is,” he says to himself. Rule 803(24), Statement Against Interest: “[a] statement which was at the time of its making so far contrary to the declarant’s pecuniary or proprietary interest, or so far tended to subject the declarant to civil or criminal liability, or to render invalid a claim by the declarant against another, or to make the declarant an object of hatred, ridicule, or disgrace, that a reasonable person in declarant’s position would not have made the statement unless believing it to be true. In criminal cases, a statement tending to expose the declarant to criminal liability is not admissible unless corroborating circumstances clearly indicate the trustworthiness of the statement.” We find people’s statements that subject themselves to ridicule or liability believable, hence the exception. “Statement against interest, your honor,” says Mr. Prosecutor. “The statement to the reporter subjects the reporter to criminal liability.”

“Let me see your corroborating circumstances,” replies the judge. The prosecutor starts placing into evidence (outside the jury’s presence) the eBay account of the Autograph Broker, the video the witness claims to have (if it exists), and other evidence. “Admissible as to the Autograph Broker, but you already have that,” the judge rules.

“But judge,” snaps the prosecutor, “the rule doesn’t require corroborating circumstances for admission against Mr. Manziel,”

“No, but the Constitution requires he be able to cross examine the declarant,” the judge responds. “Severance granted.”

As you can see, hearsay can be one of the most complicated parts of a jury trial. Family violence and other assault cases depend strongly on them, so you need a lawyer who can fight back against the hearsay the State wants to rely on to convict you.