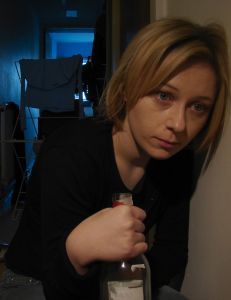 Family violence has evolved dramatically through time, most of it in the last few decades. At common law, a wife and children were property that the husband/father could deal with as he pleased for the most part. The world has grown up, and we now have very strict family violence statutes. Many men (and some women) are often falsely accused of family violence resulting lifelong disabilities and loss of civil rights. Domestic violence is a serious issue, but many uncscrupulous people take advantage of our lack of tolerance for domestic abuse.

Few accusations come easier than one partner claiming that their other partner slapped/punched/kicked/kneed/elbowed/body slammed/suplexed the other during a domestic confrontation. Husband (or better yet, ex husband or soon to be ex-boyfriend) isn’t doing what you want, so what better to do than call 911 and see if you can get him arrested, right? The worst you face is a false report to a police officer, right, and how is he going to prove that? These thoughts often run through the heat of a nasty argument, but the position you are putting the police and another human being in is very horrible.

First of all, you make the officer make an arrest decision. Many police departments have policies regarding an arrest at a family violence scene. If the officer has probable cause to believe family violence has occurred, he will likely arrest the accused. Probably cause is among the lowest standards in the law, requiring only that there be some evidence that a crime was committed and the person accused committed it. Some evidence, not much. If the officer believes your story, that is enough. Your estranged is now under arrest for one of the most serious misdemeanors, which in some ways is more serious than DWI. If he has a prior family violence conviction, he is under arrest for a third degree felony. Paying bond and hiring an attorney may be the least of his problems.

These consequences mean the only way to argue with one’s loved one is to leave. One does not have to be married to the person to be charged with family violence under Texas law. You can be in a dating or past dating relationship or living together. Yes, you can be charged with committing asault family violence against anyone living in your household.

If you are falsely accused and arrested on assault family violence, call an attorney. The consequences are too severe and permanent to not fight back, and assault cases are too winnable to roll over and take a plea – especially if you are innocent.