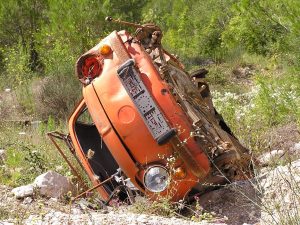 Under the affirmative defenses, you can YouTube/Napster/whatever music all day long apparently and be okay under this statute. Although, this is not advised.  You may also GPS your directions, report illegal activity or report an emergency, not by calling 911, but apparently texting or emailing them or another person.  You may also read a message you believe to be emergency, even though you would not know it was one until you read it, and can check the weather.  Thus, it stops far short of a “hands free rule” that has been adopted in many cities.

Further, this article preempts (or supersedes by superior power) the hands free laws in many jurisdictions under subsection (j).   The officer also may not take your phone unless authorized by other law, and under Federal constitutional law he is prohibited from searching your phone without your consent or a warrant.  Under subsection (e), the punishment is $25-99 for a first offense and $100-200 for a second offense under this statute.  Finally, under subsection (f), a person who causes death or serious bodily injury in the course of violating this section is guilty of a class A misdemeanor, with a punishment range of a year in the county jail and up to a $2,000 fine.  However, under those facts the prosecutor will likely charge his choice of felony aggravated assault with a deadly weapon, manslaughter, or criminally negligent homicide.