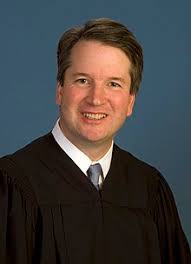 The last-minute presentation of sexual assault evidence against Judge Brett Kavanaugh has put his Supreme Court nomination limbo.   Judge Kavanaugh was not my first choice, of those on the Trump list, but I see problems on both sides of the accusation.  Sexual assault cases can be the most difficult to defend and prosecute, as they often rely on judging he-said/she-said opposite testimony with no forensic evidence.

In child cases, this is very difficult for the defendant, because jurors tend to want to believe the child. Thus, they want to force a defendant to prove that he didn’t do it, rather than following the presumption of innocence and true proof beyond a reasonable doubt burden that they would use in any other assaultive case.  In adult cases, the burden is often on the accuser, where it belongs, to prove beyond a reasonable doubt that his or her statements are truthful.  But, there can be extra emotional burden based on people’s experiences.

In this case, Professor Ford accuses Judge Kavanaugh of forcing her on a bed, attempting to unclothe her, and putting his hand over her mouth to conceal her screams.  Under Texas law and most state laws, this is attempted sexual assault.   Sexual assault and its lesser included offenses are not normally Federal crimes unless committed on Federal land such as a national park or Native American Reservation.  Additionally, the Senate hearings in which Professor Ford is supposed to testify will not be bound by the Federal Rules of Evidence as a criminal trial would be.

However, as part of our thought process, before we jump to conclusions based on our political leanings or personal experiences, let’s analyze the evidence we know so far through the lens of the Rules.  These are the same Rules that Congress and the Supreme Court have propagated for use in criminal cases all throughout the United States and its possessions.