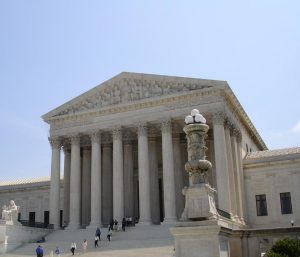 The central piece of evidence in this case is Professor Ford’s testimony.   She has previously discussed her experience with a therapist, whose notes are different from her recent statements. So, on cross examination, assuming she testifies similar to her recent statements, she would be confronted with the contradictions in her previous statements, if any, with her therapist.   From my reading of the news articles, her therapist apparently wrote notes that she claimed there were four people in the room, and one male pulled Judge Kavanaugh off of her.  However, her recent statements are that there were two males in the room and she personally escaped after they all rolled off the bed to the ground.

On cross examination, these contradictions would be raised as “impeachment,” or discrediting the witness with prior inconsistent statements.  Under Rule 801(d)(1) (A), these statements are not hearsay if they are prior inconsistent statements to her actual testimony.  The rule states:  “(d) [a] statement that meets the following conditions is not hearsay: (1) A Declarant-Witness’s Prior Statement. The declarant testifies and is subject to cross-examination about a prior statement, and the statement: (A) is inconsistent with the declarant’s testimony and was given under penalty of perjury at a trial, hearing, or other proceeding or in a deposition.”