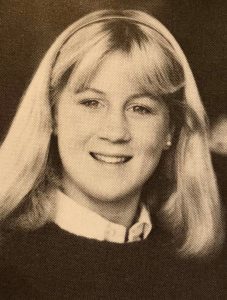 Rule 613(b) states that “(b) …[e]xtrinsic evidence of a witness’s prior inconsistent statement is admissible only if the witness is given an opportunity to explain or deny the statement and an adverse party is given an opportunity to examine the witness about it, or if justice so requires…”  Thus, the therapist can be called and his notes admitted into evidence to show that Ford made a prior inconsistent statement to him.   In he-said/she-said cases regarding adults, such inconsistencies are usually very damaging. I believe this line of attack would be the strongest that Judge Kavanaugh could present.

One of the lines of attack in the media that Judge Kavanaugh’s supporters have put forth is the propensity for alcohol abuse and the propensity for sexual promiscuity on the part of Ford.  This brings us to two of our most important Federal Rules of Evidence, 404, 408 and 412, which deal with character and extraneous conduct.  Rule 412, “The Rape Shield,” would likely not come into play in this case, because Judge Kavanaugh is not arguing consent and denies that any of the events happened.

Rule 412 states that:  (a) …[t]he following evidence is not admissible in a civil or criminal proceeding involving alleged sexual misconduct: (1) evidence offered to prove that a victim engaged in other sexual behavior; or (2) evidence offered to prove a victim’s sexual predisposition.”   Thus, sexual misconduct and sexual predisposition, i.e. the “she’s a slut” defense, are generally prohibited.   But the Rule has exceptions: “(b) Exceptions. (1) Criminal Cases. The court may admit the following evidence in a criminal case: (A) evidence of specific instances of a victim’s sexual behavior, if offered to prove that someone other than the defendant was the source of semen, injury, or other physical evidence; (B) evidence of specific instances of a victim’s sexual behavior with respect to the person accused of the sexual misconduct, if offered by the defendant to prove consent or if offered by the prosecutor; and (C) evidence whose exclusion would violate the defendant’s constitutional rights.”  These exceptions probably will not apply.