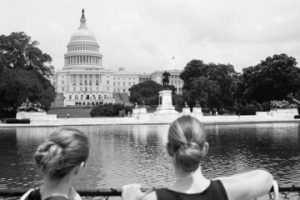 Here, we are dealing with a 35 year-old allegation of sexual misconduct for which no physical evidence would be present due to the age of the case and the nature of the allegation.   Additionally, Kavanaugh has not stated that he and Ford engaged in criminal activity, so (B) is out.  (C) is interesting as a catchall of “constitutional” admissibility.   The only way this would normally come in is as “alternative perpetrator.” evidence.   If Kavanaugh attempts to say that third party did the act Ford alleges, and could provide a foundation for the evidence, this sexual conduct could become admissible.   But, some Courts have said that this is normally only relevant when identity is an issue.   Kavanaugh could argue that intoxication and history make his identity an issue, but his primary defense of fabrication would be confused.  So, this wouldn’t be a likely course.

Both Kavanaugh and Ford’s detractors have pointed to their education and reputations in the community for truthfulness.  Ford has had colleagues who researched with her state what a stickler for the facts she is. And, Kavanaugh has naturally put forward a laundry list of law and school-related supporters of his veracity.  In Federal Court, once they have been attacked for their lack of truthfulness, each side can put in character witnesses to prove that they either have a reputation for being truthful, or that a witness has an opinion that they are a truthful person under Federal Rule of Evidence 608.  Rule 608(a) states “…[a[ witness’s credibility may be attacked or supported by testimony about the witness’s reputation for having a character for truthfulness or untruthfulness, or by testimony in the form of an opinion about that character. But evidence of truthful character is admissible only after the witness’s character for truthfulness has been attacked.”