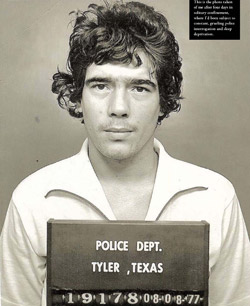 In 1991, thirteen years after his original conviction and death sentence, the Supreme Court reversed his conviction due to illegal psychiatric testimony. Although a blatant violation of the right to remain silent and the right to counsel, the prosecution arranged for Mr. Cook to be interviewed by a State psychiatrist in the months following his arrest, the idea being that this psychiatrist would come in and testify that Mr. Cook was a continuing danger to society and needed to die. The second trial resulted in a hung jury. The prosecution tried Mr. Cook a third time and received a second death sentence in 1994, but this conviction was overturned in 1997.

In 1999, DNA from semen found on the victim’s clothing completely eliminated Mr. Cook as a possible assailant. Rather than admit their wrongs and dismiss the case in the interest of justice, prosecutors required Mr. Cook to plead “no contest” to the killing, which he did to get out of prison and avoid another trial. He is currently seeking a pardon from the State of Texas, which he certainly deserves. Above being innocent, Mr. Cook endured three trials, abhorrent prosecutorial misconduct, twenty odd years on death row and once coming within 11 days of execution. Justice and prosecution politics generally do not mix well together.